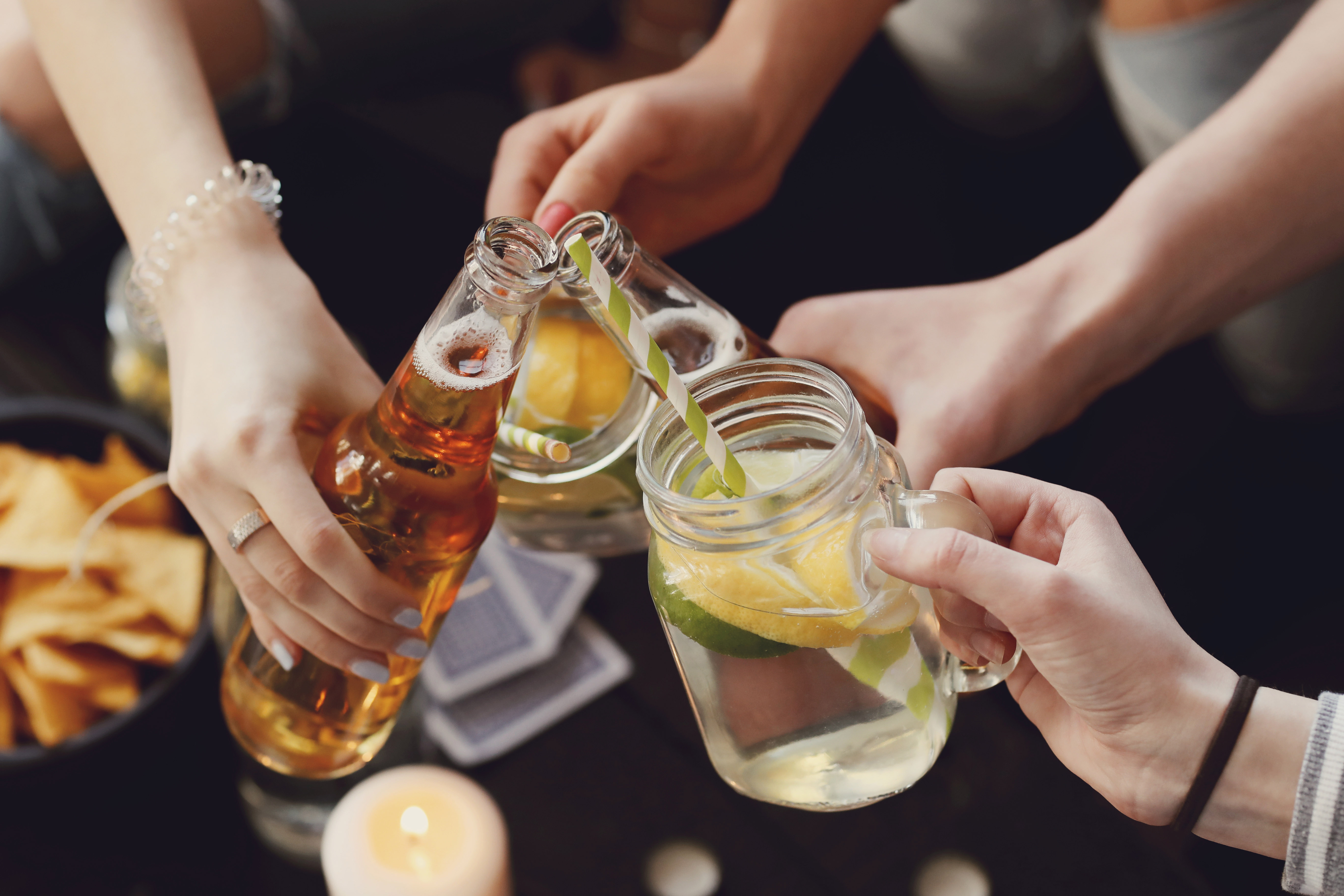 In 2020, 494 million litres of alcoholic drinks were available for sale in New Zealand (this is a proxy measure of the alcohol we consume):

Beer comprises 59% of the total volume of alcoholic beverages consumed in NZ, followed by wine (23%) and spirits (18%)

However, these beverages are often different alcohol strengths (e.g. a beer can be 4% but spirits can be 40%), so the volume of what we drink doesn't tell us how much alcohol we have consumed as a country. Consumption of the 494 million litres equated to 36 million litres of pure alcohol, rose 1.9% from 35.3 million litres in 2019.

In 2020, 8.7 litres of pure alcohol were available for each person aged 15. To put this into perspective, it is the same as every person aged over 18 years consuming two standard drinks per person every day of the year (i.e. 2 cans of beer (330ml, 4% alcohol) or 2 glasses of wine (12.5%; 100ml)). In reality, New Zealand drinkers don't all drink the same amount. We know that approximately 46% of all alcohol sold in New Zealand is consumed in heavy drinking occasions, ie. 8 or more standard drinks for men and 4 or more standard drinks for women.

Because spirits are taxed at the highest rate in the excise tax structure (given their high strength) the increase in spirits consumption gave a $119 million windfall in tax revenue to the Government In 2020, Government excise revenue from alcohol was $1.193 billion, up from $1.074 billion in 2019.

Alcohol available for consumption during the COVID-19 pandemic

Alcohol availability is measured on a quarterly basis. In Aotearoa New Zealand, national lockdown occurred in Quarter 2 (April, May, June). During this time, pubs were closed.

In Quarter 2, the overall amount of pure alcohol available for consumption (per capita) dropped by 9%.

Following lockdown, if New Zealand drinkers had returned to their (normal) heavy drinking patterns for Quarters 3 and 4, overall alcohol availability in 2020 should have been lower than previous years (due to the decline during lockdown). Whilst wine availability increased by 5%, spirits availability reduced by 27% and spirits-based drinks reduced by 23%.

Unfortunately, New Zealanders compensated for earlier declines in consumption by adding that volume to later quarters of 2020, resulting in an overall annual increase of 1.9% in pure alcohol consumption.

Note that about 15% of spirits consumption is normally unrecorded - being bought from duty free outlets. As duty-free outlets have been closed during the pandemic, consumers would have had to purchase their spirits from local outlets. This may partly explain the substantial increases in spirits availability. What was previously hidden in our figures of national consumption is now in available to be seen.

New Zealanders typically drink a large amount of alcohol in a drinking occasion. Although we drink less (overall) than the Irish and British (and slightly less than Australians), we drink more than Americans, Canadians and South Africans.

Be careful of estimates of per capita alcohol consumption in NZ; the estimates are based on the concentration of alcohol in products sold in the 1970-80s