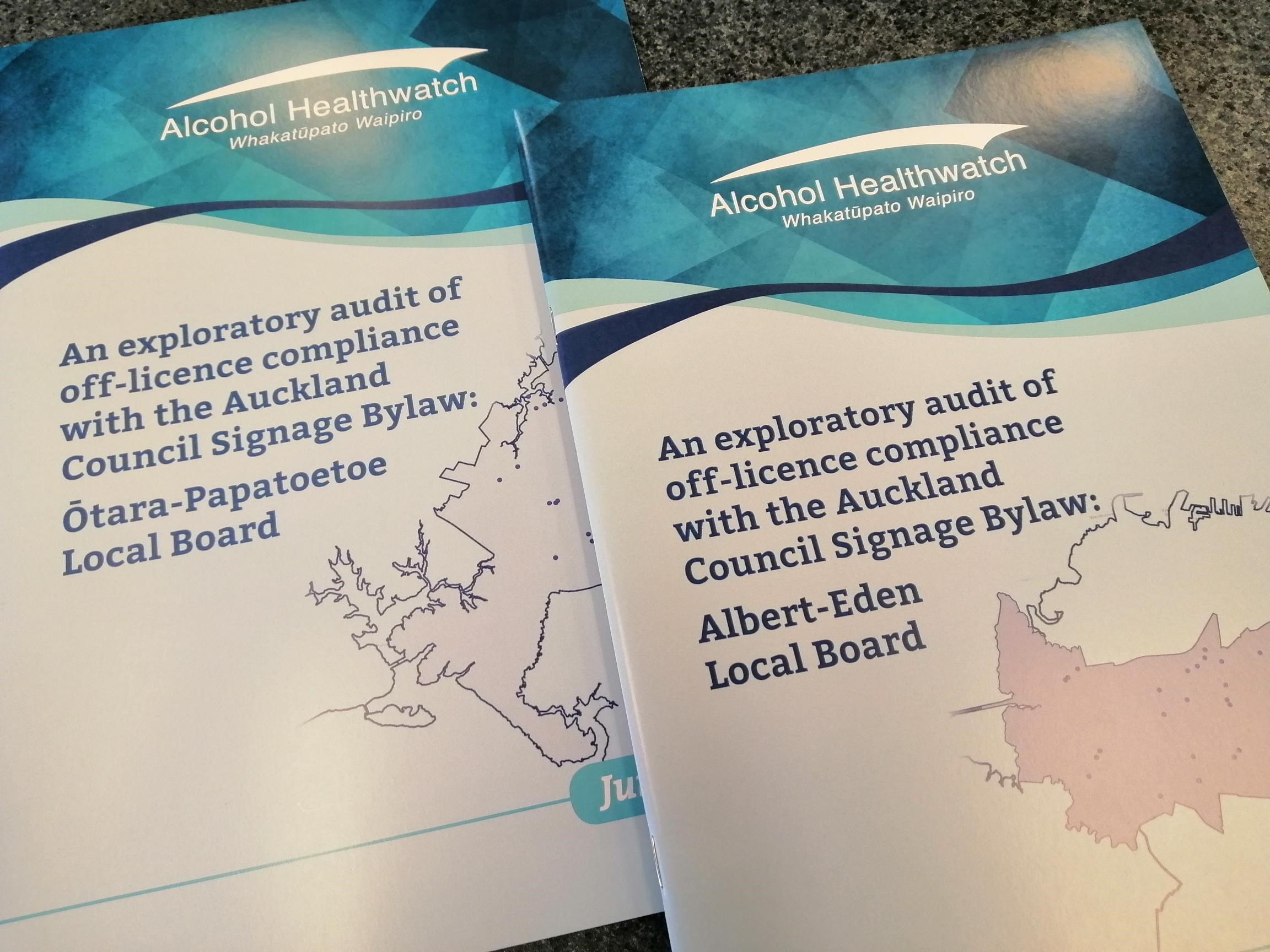 PROTECT OUR COMMUNITIES FROM ALCOHOL ADVERTISING

Protect our communities from alcohol advertising

WE ARE CALLING ON YOU TO PROTECT OUR COMMUNITIES FROM ALCOHOL ADVERTISING:

The Signage Bylaw 2015 is currently being reviewed by the Auckland Council’s Social Policy and Bylaws Unit. This review presents an opportunity to protect communities from alcohol advertising Auckland.

The review findings will be presented to Auckland Council’s new regulatory committee and to the Board of Auckland Transport after the 2019 local elections. A decision will then be made on the future of the bylaw.

Exposure to alcohol advertising can lead to children and young people starting to drink alcohol earlier and drinking larger amounts of alcohol.(1,2) New Zealand research shows children are frequently exposed to alcohol advertising, commonly via bottle stores and other alcohol outlets.(3) There are significant inequities in this harmful exposure, with tamariki Māori having much higher levels of exposure.

Bottle stores not complying with the Signage Bylaw 2015

The Auckland Signage Bylaw contains generic regulations for signage, by sign type and unitary plan zone.(5) Alcohol signage is regarded as no different to other signage, despite the significant harm from alcohol advertising exposure.

Other mechanisms are ineffective

New Zealand has a weak, voluntary self-regulatory code as the main protection against alcohol advertising.(8) In relation to alcohol outlets, this alcohol industry code centres on the content of each advertisement and fails to address both the amount of alcohol advertising that communities are exposed to and the location of advertising relative to sensitive sites (e.g. schools).

Despite the Law Commission Review (9) and Ministerial Forum on Alcohol Advertising and Sponsorship,(10) making strong recommendations to restrict advertising exposure in communities (including at licensed premises) there has been no Government action to date.

Given the harms associated with alcohol advertising, the known exposure among young people, the lack of protection offered by the New Zealand’s self-regulatory system, and the widespread non-compliance of bottle stores with the Signage Bylaw, leadership is urgently needed from civic and community leaders.

Show your support by signing on to the resolution today!

Sign on to support Auckland Council in taking decisive action to protect communities!

I support Auckland Council taking the following actions to protect communities from alcohol advertising across Auckland: